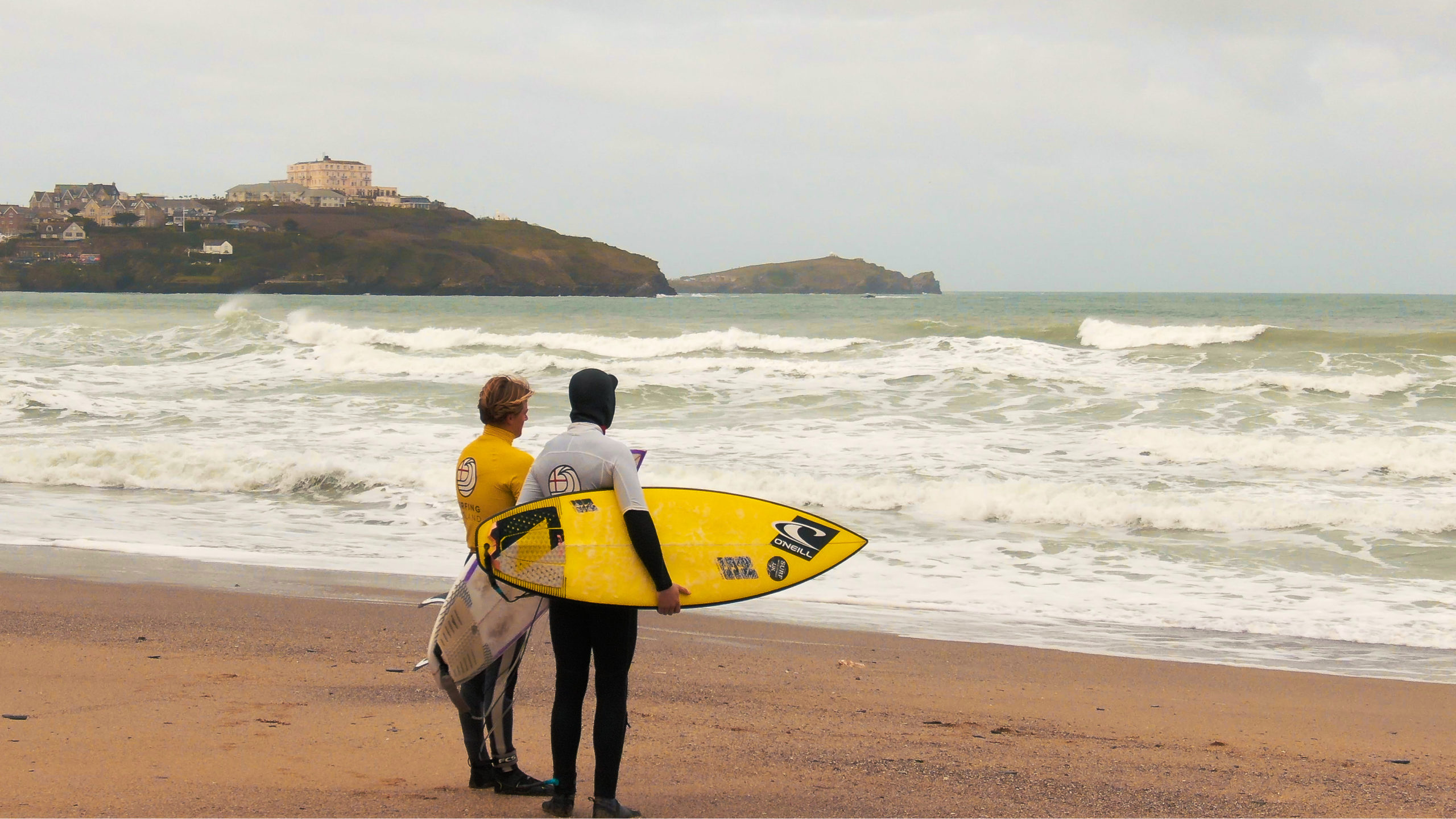 On the 14-15th of March, just before the world came to a halt, the English National U18 & Open Shortboard Championships took place at Tolcarne Beach, Newquay, hosted by Surfing England, for the MVMT Surf Championships 2020.

The weekend consisted of extremely testing conditions for all participants, not to mention for our team of expertise on the ground. High spring tides and monstrous swell, mixed in with strong winds and heavy rain, meant that all of those involved were pushed to their limits, with some coming away victorious and others falling short.

Due to the conditions presented to our team, weatherproofing our camera gear was a necessity. All cameras were put into waterproof housings, until the rain decided to give us a break. This ensured that our team were still able to capture such unforgettable moments, without any disturbances with the conditions.

Our team were positioned throughout the beach, with some even elevated on the rocks. This enabled them to shoot down and capture a handful of unique and brilliant shots, achieved with the classic combination of long lenses and steady hands.

As soon as the rain decided to withhold, the drone was lifted and aerial filming began. This permitted the team to capture shots from all angles, a level of detail which would not have been possible otherwise. Capturing the surfers from a bird’s-eye view with such ease, in such challenging conditions, was made possible thanks to our highly-experienced and licence-equipped drone pilots.