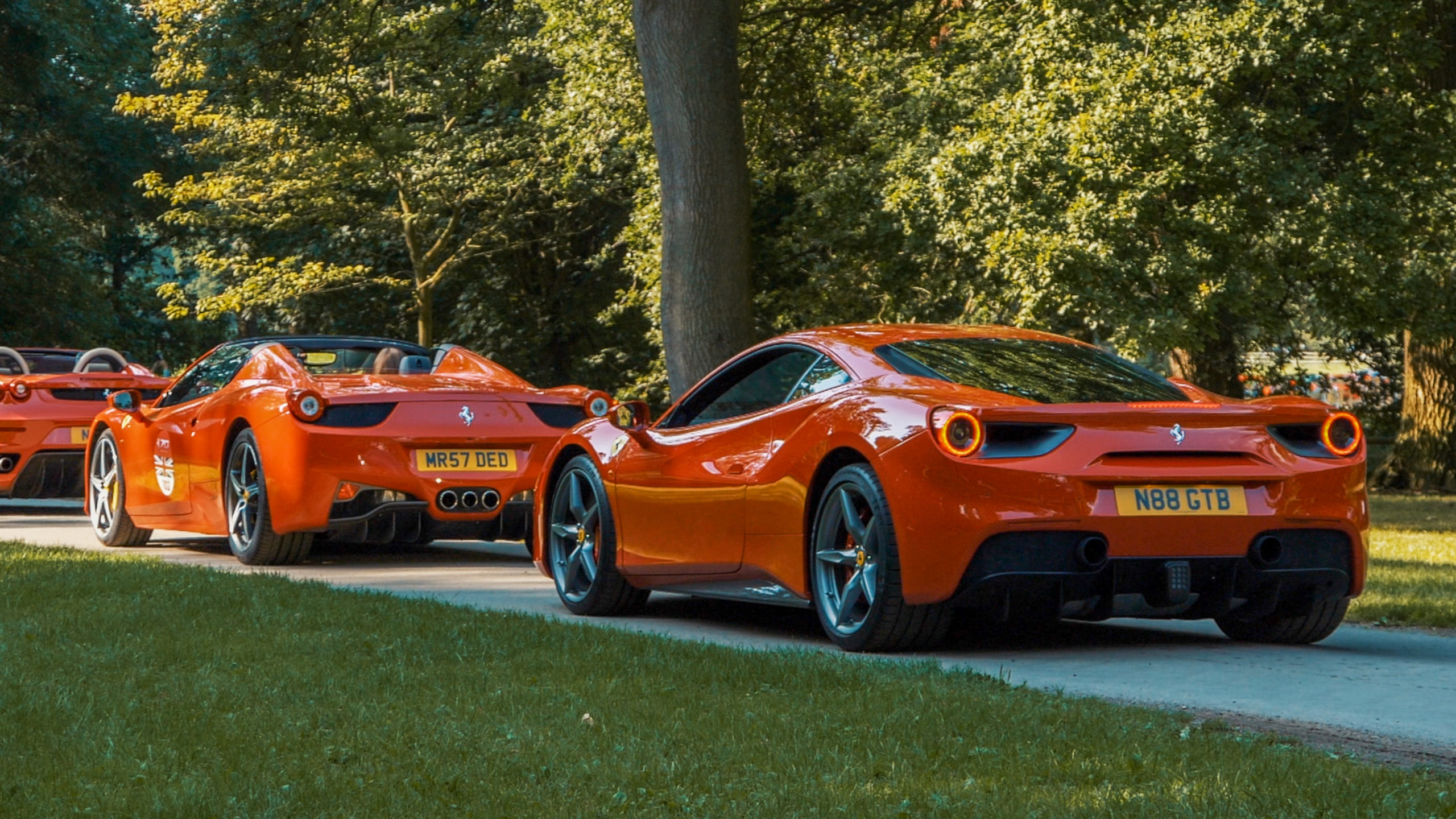 This short film, Ferrari Showreel, showcases the work we have done in the past for the highly regarded and recognised luxury sports car manufacturer Ferrari.

In 2017 we were invited to help celebrate, as well as to capture what went down at the 70 years celebration events of Graypaul Ferrari Nottingham and Carrs Ferrari Exeter, two of Ferrari’s main showrooms in the United Kingdom.

The Graypaul Nottingham event was held on gloriously sunny day at the grand Belvoir Castle, Leicestershire. The cars were publicly showcased for a few hours at the castle before heading out onto the roads in formation across the town’s roads. We were there at the front to film it all!

The Carrs Exeter event had been held at the Hoe in Plymouth earlier in the month, which again involved the display of hundreds of Ferrari models, varying from old school classics to the new Limited Edition LaFerrari Aperta.

At each event, around 150 Ferrari cars were in attendance, all of which being continuously looked upon with absolute awe and excitement by the thousands of car fanatics, young and old, that showed up to spectate the events and view the cars displayed.

Both events were great days for everyone involved, but especially for us as we got to film and produce two amazing promotional videos, showcasing the events as well as increasing attraction for the upcoming events in the future.

Having the ability to film the events in such detail and flow was achieved by the use of our state-of-the-art cameras, drones, equipment and vehicles that we are lucky enough to have at our dispense.

With our team of fully-licensed drone pilots, we have been able to capture the events from angles that would not have been possible otherwise. The level of expertise that our crew holds is what makes the production of such videos so successful and professional.

This short film combines the promotional videos for the events held in 2017, both of which were a pleasure to film and we’re sure that’ll you’ll agree that it’s a pleasure to watch!